Home/Uncategorized/Will ‘Enlighten Us’ Bring the Light? 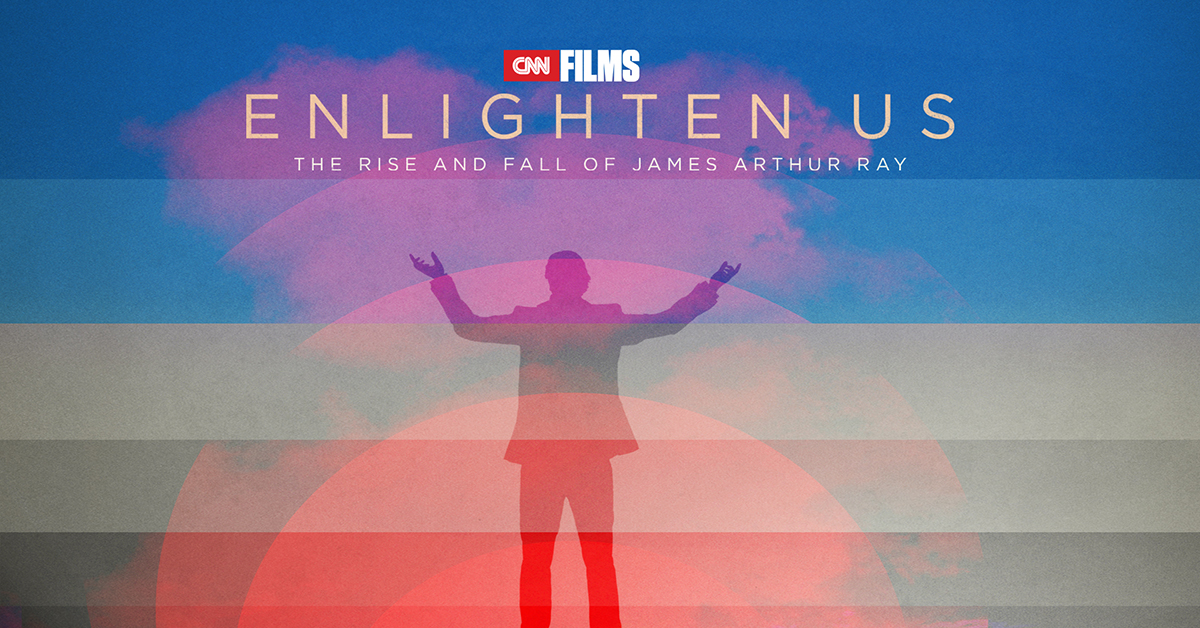 The documentary Enlighten Us tells the story of events surrounding the deaths of three of my peers in a sweat lodge at a self-help seminar led by James Arthur Ray in October 2009.

My decision to participate was the only thing that has been simple about the entire experience. I was contacted to be interviewed for the film because I was there. The making of Enlighten Us was well under way and out of my control.  After years of silence, it was time to have a voice in the conversation.

Before its release on CNN and Netflix, I had watched Enlighten Us four times.  The first time was at its world premiere at Tribeca Film Festival in New York City, followed by three screenings and audience Q&As at Mountainfilm, a documentary festival in Telluride, Colorado.  It’s a very different film than I expected.  Hours of answering questions about what life has been like after surviving the sweat lodge, the impact of the aftermath, and my lessons from the experience were left on the cutting room floor.  Instead, live footage of James Arthur Ray’s life, the self-help events he led, and interviews about how the events affected him fill the screen.  The four of us who answered the call to have a voice are interspersed throughout, filling in details not captured in other ways.

Enlighten Us is a challenging documentary to watch, especially if you, or someone you love, is involved.  Even if you know nothing about James Arthur Ray or the events of October 8, 2009, from the first frame, you know that it’s not going to end well.

By documentary standards, Enlighten Us is a strong film.

Jenny Carchman skillfully assembled a complex narrative from years of testimony, footage and interviews. This is not a film for you if you need to be hit over the head with the filmmaker’s opinion.  She is not Michael Moore.  Her approach is to show you what happened, not tell you what to think about it.  The abundance of live footage from James Arthur Ray’s events and media coverage provide ample opportunity for you to be shown.

I initially found Enlighten Us so perturbing, it took a conversation on the New York sidewalk with Nathan Thornburn, one of the journalists interviewed in the film to find my bearings.  “Pay attention to how people responded!” he insisted.  Still reverberating from re-living the experience on screen, I hadn’t begun to process anyone’s reaction but my own.

There is significant concern among many of the people directly involved that Enlighten Us will  be a vehicle for the comeback James Arthur Ray so desperately wants.  If you equate screen time to promo time, this could be true.  However, that is not how I and the majority of the people who have seen the film experienced it.

If the panels after the festival screenings are an indication, many people are outraged, and have important questions.  They want to know how to relate this story in terms of personal responsibility.  They asked whether or not James Arthur Ray truly takes responsibility, why any of us agreed to be in the film, and even if we still believe in the “Law of Attraction”, a question that I answered in an article earlier this year.

The broad range of questions raised by Enlighten Us is one of the consequences of how it unfolds.  At one end of the spectrum, it leaves the viewer perplexed; at the other end there’s judgment and outrage.  But it does get people asking questions.

If you need movies to have a tidy ending, Enlighten Us not for you.  The film is a perfect metaphor for the reality it portrays.  The entire situation is unsatisfying.  Three good people – Kirby Brown, James Shore, and Liz Neuman – are dead. Their loved ones continue to grieve their loss.  Fifty-plus lives, including my own, were irrevocably changed.  And yet, in many ways, nothing has changed.

How is it that three people could lose their lives at a self-help seminar seven years ago and there is a net zero impact on the self-help industry?  As someone who was entering the industry at the same time this happened, I was disillusioned enough to turn away for almost five years.  How do I reconcile my two realities, now that I have returned?

Why did nothing change after the sweat lodge?

The conditions were created for the non-response of industry leaders when the first responders, and then the media, decided this was not “self help”, but a group of cult members following their guru.  If you don’t believe that happened, watch the movie.  The optics were not good.  I’ll give them that.  By allowing what happened to be marginalized, a disservice was done to everyone who was there, the survivors and those who paid the ultimate price.  The result was a vacuum of silence that filled with shame.

My hopes that something might shift were temporarily dampened with the dismal coverage Enlighten Us received at Tribeca.  Instead of balanced journalism, the articles were lazy and focused on James Arthur Ray’s attempt at a comeback.  Although clearly identified, Brandy Amstel, Beverly Bunn, Julie Min and I are referred to as “devotees”, even when referred to specifically.  It looked like one of my concerns about getting involved was coming to fruition – that I would re-live this significant emotional trauma – and nothing would change.

I would like to squash the notion that any of us at Spiritual Warrior were “devotees”.  James Arthur Ray was the leader of the seminar, not of anyone’s life.  A tremendous amount of trust had been developed, as it is in any relationship with a coach or a teacher – not just that week, but in the months and years prior to October 2009.  I trusted James Arthur Ray, and others who were present, because they were more experienced than I was.  They had done this before.  If ever there was an example of hindsight being 20/20, this is it.

Enlighten Us is an opportunity to understand what drives a $11 billion dollar industry.   It was 2008 and 2009.  There was a recession.  The majority of us were investing in our personal growth to support the growth of our careers and businesses in a challenging environment. We were looking for different ways to navigate the fear and uncertainty of the times.

My hopes for Enlighten Us

As we move forward towards the documentary’s showing on CNN and beyond, I am hopeful that a bigger conversation will take place.  The film has the potential to become a platform for inquiry and change.  Let’s have a dialogue about what healthy self-help looks like and feels like.   People need to learn the difference between their resistance caused by limiting beliefs, and healthy personal boundaries.  The guru model needs to be kicked to the curb in favour of empowering people learn to find and listen to their own authority.  The quest for personal growth is a worthy pursuit, and so is becoming an educated self-help consumer.

In the sweat lodge, I deferred to an authority outside of myself, with disastrous consequences.  This was a horrible thing that happened.  It put a lot of people – including me – through a lot of pain.  It still does. There is an opportunity for Enlighten Us to do what it has done for me – shine a light on the bigger picture and become a catalyst for healing and change. Together with some intelligent press and thoughtful people, it has the potential to do what the title says – enlighten us.  It’s been seven years.  It’s time for the pendulum to swing the other way.